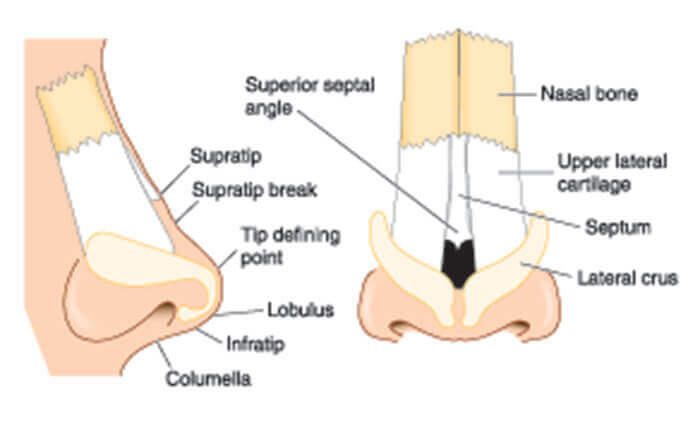 Define the nose, define the face! The size and shape of the nose has an enormous affect on the overall complexion, and often people may be self-conscious about theirs. There are many reasons for disproportioned nose such as genetics, accident like a broken nose Clinic Center assist to find a permanent solution. Turkey  is a modern and one of the best plastic surgery destinations for international patients with affordable costs.

What is Nose Job?

Nose job or nose surgery, medically known as rhinoplasty, is a surgery which improves the overall proportion of the nose and face. Nose job may be carried out for both cosmetic and medical reasons for example in the case of a deviated septum that results in breathing problems, septoplasty can be performed along with rhinoplasty and the procedure is called septorhinoplaty. Since the nose will be fully developed after the age of 16, it is advised to wait until 16 years old before having the nose surgery.

Nose surgery takes about one to three hours depending on the complexity of the case and whether an additional procedure such as septoplasty is performed. You may experience swelling after a few months of the nose job which will subside gradually. After six months to one year, the skin will adapt to the created nose roof and reveal the final results. The incisions of nose surgery is made inside or outside depending on the case and the surgeon’s decision. In open surgery technique, the incisions are made outside the nose. In closed surgery technique, the incisions are made inside the nose.

The characteristics of the nose and the expectations of the patient from the surgery may shape the technique of the nose job. There are mainly three types of nose surgery; standard rhinoplasty that includes full nose correction including the nose tip, bridge and nostrils, septorhinoplasty that includes full nose correction along with nasal septum deviation correction, rhino-tip that includes correction of only the tip and nostrils. During the nose surgery there are two different techniques that the surgeon can follow according to the patient’s needs, suitability and preferences.

Open Rhinoplasty: Includes a small bridge incision, trans-columellar incision, that connects the right and left nostril incisions. By creating a 4-5 mm, the nasal skin is folded upward and the lower nasal skeleton is observed. In addition to direct visibility of the entire nasal framework, individual components can be evaluated and distortion of the nasal cartilage is minimized. Therefore, the open rhinoplasty technique is the improved surgical access created by the trans-columellar incision.

Closed Rhinoplasty: Also called endonasal rhinoplasty, incisions are positioned inside the nostrils, parallel incisions cover half of the nostril lining and the incision is not visible externally thus an open scar is avoided. However, since the nostrils remain disconnected, repositioning of the nasal skin is difficult and the entire operation must be performed through narrow surgical openings with limited visibility. Since access to the nasal framework requires stretching of the skin of the nose, distortion of the cartilage is most likely to happen during the surgery. With closed rhinoplasty the visible scar is prevented but technical limitations and specific challenges are surfaced with the lack of surgical access.

Rhinoplasty surgery is mostly performed with the open technique since it gives much more access to the surgeon especially in complicated cases. The best technique to be used for each case is decided during the consultation with Clinic Center partner surgeons.

Advantages of Nose Surgery in Turkey assisted by Clinic Center

Clinic Center, as a leading assistant for plastic surgeries in Turkey, earned a reputation on positive surgical results, satisfied patients and with the professionalism it maintains in service delivery. Because of this an increasing number of patients from all around the world choose to have nose surgery in Turkey assisted by Clinic Center.

By choosing nose job in Turkey, you will feel and look better.

The nose job recovery period lasts around 2 weeks and scarring will fade away progressively. Patients will be required to wear protective bandages provided by Clinic Center during the nose surgery recovery. Return to work is around 1 to 2 weeks and physical activities should be avoided for at least one month during the recovery.

After the nose surgery patients regain their self-confidence and the procedure is life changing especially for septoplasty patients. Nose job results are better observed at least after one month. Satisfaction with the new face proportion should continue to grow as with the recovery.  Check our before and after gallery for results of nose surgery here.

Turkey is the one of the most preferred country for nose job cost thanks to its reputable medical staff, great number of surgeries performed each year, natural results, affordable prices and government incentives for medical tourism.

There are various factors which affect the cost of nose surgery Turkey. Nose job prices include pre-operative tests, anesthesia, medication etc. Also the current experience of the plastic surgeon, the extent of surgery, additional procedures –liposuction and technique. Clinic Center offers competitively affordable nose job costs with its all-inclusive package that covers the treatment, flight tickets, accommodation, personal host and transfers. Although nose surgery may seem expensive, Clinic Center will not let the cost discourage you from looking yourself in the mirror with confidence.

With Clinic Center Turkey all-inclusive packages your medical travel and everything you need for a comfortable stay in Turkey is covered before your nose job. Here are the details;

The following instructions are general information to be followed before and after a nose surgery. Clinic Center does not take the responsibility for the accuracy of these instructions. The instructions of your surgeon in Turkey after rhinoplasty should be implemented.

Surgery will be cancelled if there is any chance that you are pregnant.

One Day Before Surgery:

Day of The Surgery:

Rhinoplasty is an inpatient surgery, and is performed under general anesthesia. It is very important for you to follow your plastic surgeon’s instructions to ensure your healing process develops ideally.

I got nose surgery done in Clinic Center. My nose became more beautiful then I imagined. My doctor was great and so friendly. Even though I had very stressful and was asking every detail 10 times, he explained me everything with patient. My host was with me all the time and she helped me a lot to relax.

I had a revision nose surgery with Clinic Center a few months ago. I found the clinic on the internet and liked their reviews. When I contacted with them, they handled my case with care and kindness and answered all of my questions in detail which gave me full confidence for the surgery. My trip was well organized. The pick-up service, the hotel, the surgery and the check-ups…They sent me all the details before I arrived. My experience was pleasant. The doctor did a great job.

I was interested in getting nosejob due to asymmetry and bridge of my nose. My friend Cecilia, who got her breast implants, recommended me Clinic Center. Their price was very affordable comparing to UK. They contacted me asked for my pictures and replied me with doctor’s assessment the other day. At first I was a little scared but as soon as I see doctor Gokhan and host girl, both were very nice, I was relaxed.

I had rhinoplasty done with Clinic Center. I chose this clinic because a friend of mine had her breast implants surgery some time ago and she strongly recommended the doctor and the clinic. My experience at the clinic was 5 stars from the beginning. I was picked up from the airport and taken to the hotel which they arranged me. The hotel was nice and the room was tidy and comfortable. On my surgery day, I met with my personal host to take me to the clinic. She was very nice and very helpful during my treatment which made me feel like I am not alone. My surgeon was very kind and informative. Everything went exactly as planned. The surgery was done professionally. It has been nearly a year and my nose looks better than I expected. I am so happy with my entire experience. I would not hesitate to recommend this clinic to anyone.

So I got my first surgical procedure done ever, rhinoplasty. The whole trip went smooth with no problems. Transfer, accomodation were great and hospital treatment was very good. Although I am still waiting results on my nose, I can see the potential of it. I would like to personally thank Dr Ihsan, Sevde my host and Ecem who managed my package. The only critical feedback I would provide is the nurses not being able to speak English during my stay at the hospital, so an improvement on this would be great. My family members will visiting clinic center for other procedures and I may be too for other treatments that clinic center will be providing soon. Thank you Clinic center 🙂

Can my breathing be improved during rhinoplasty?

Clinic Center partner plastic surgeons will maintain adequate breathing following nose surgery. However certain breathing problems (such as a crooked or pinched nose) are also responsible for breathing difficulties even prior to the nose surgery and appropriate treatment such as septorhinoplasty can improve both appearance and function.

What is the age limit for nose surgery Turkey?

Technically, nose job may be performed at any time after nasal growth is complete and that is the age of 16 for most people. In rare cases, nose surgery may be performed at younger ages when severe functional impairment or other medical indications surface.

How can I prepare for nose job?

During the consultation your surgeon will explain the realistic expectations of your procedure. What needs to be done and the most appropriate techniques to be used in order to meet the expectations will be determined. It is recommended that you don’t take any medications that may stop blood clotting or cause post-op bleeding problems such as aspirin and ibuprofen. It is also recommended that you stop smoking at least two weeks before the nose surgery Turkey.

What are the incision types for the nose surgery?

Nose surgery in Turkey assisted by Clinic Center is performed using either the open or closed technique. If the open technique was used, a small incision in the columella is made. This incision heals well and will not be visible once it is fully healed. The closed approach is performed with incisions inside the nose. Your surgeon will discuss with you what the best technique is for your case.

How soon after nose surgery will I be able to return to work?

Patients are generally able to return to work about one week after the rhinoplasty procedure.

How soon after nose job will I be able to exercise?

Clinic Center requires the patients resume exercise at least after one month of the procedure.

How soon after rhinoplasty surgery are the stitches removed?

If the rhinoplasty was performed with an open approach, the stitches will be removed on fifth post-operative day.

What can I expect after rhinoplasty?

Results from a rhinoplasty surgery may typically be observed once the swelling goes down and your surgeon removes the nasal splint. Nasal breathing is also difficult for about 3 weeks after the surgery due to swelling. The swelling will mostly be gone two months after you have the surgery. You should wait see your nose becoming more defined over 12 months.

Disclaimer
The information on this site is not intended or implied to be a substitute for professional medical advice, diagnosis or treatment. All content, including text, graphics, images and information, contained on or available through this web site is for general information purposes only. It is not advice on your specific needs and circumstances. It does not replace the need for you to have a thorough consultation, so you should get advice from a suitably qualified medical practitioner. Please bare in mind that as with all operations, there are risks involved in having cosmetic surgery.